Where will the pilot cycling routes be located?
What are cycleways, safer on-road cycling and share paths and what might they look like?
What changes will there be to parking and traffic conditions?
Will the route of the Gong Shuttle Bus (55A/55C) change?
Will there be changes to bin collection on Smith Street, Wollongong?
Why is this project considered a pilot?
Why is this project happening now?
Is this project related to the Wollongong Cycling Strategy 2030?
How will I be kept up to date?
How can I join the conversation?
How will my feedback be used?

Where will the pilot cycling routes be located?

The pilot cycling routes will be located in Wollongong's city centre, Port Kembla, Towradgi and Thirroul.

The 'Documents' section provides a map (PDF version) for each site. You can zoom in to see the features in more detail.

A map for each site is also included in the survey, as well as below. 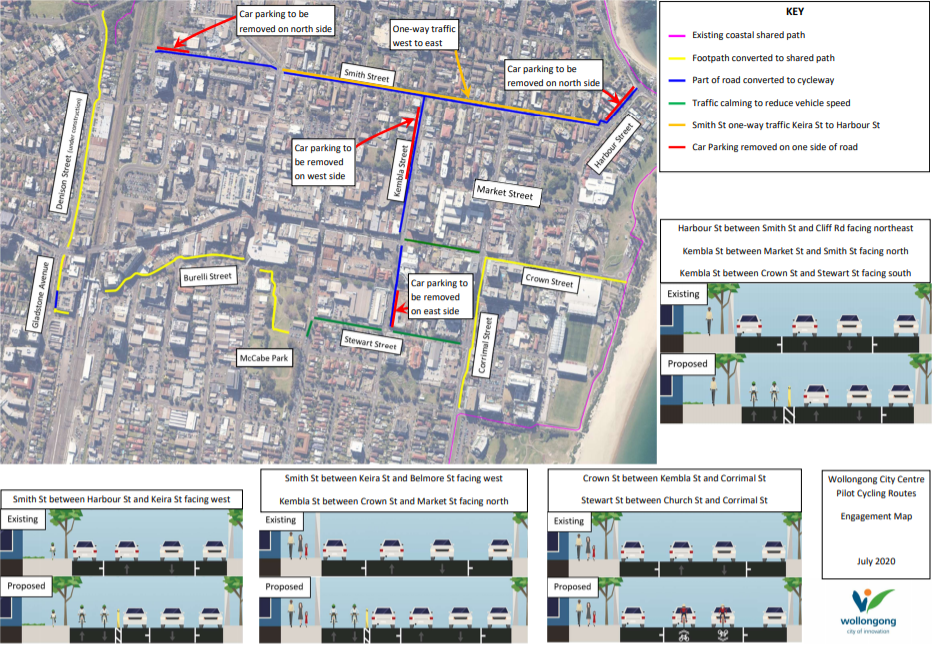 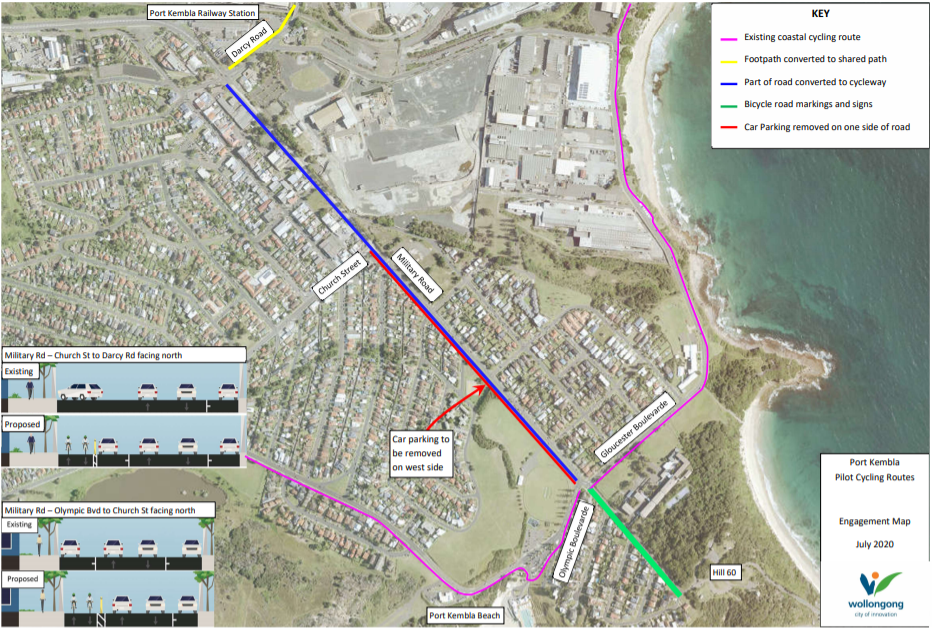 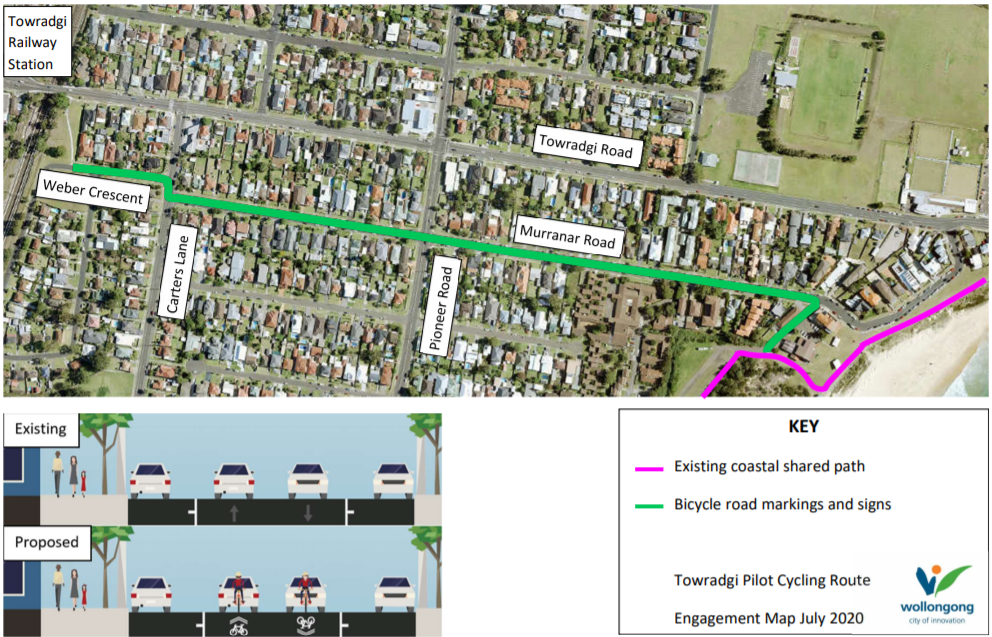 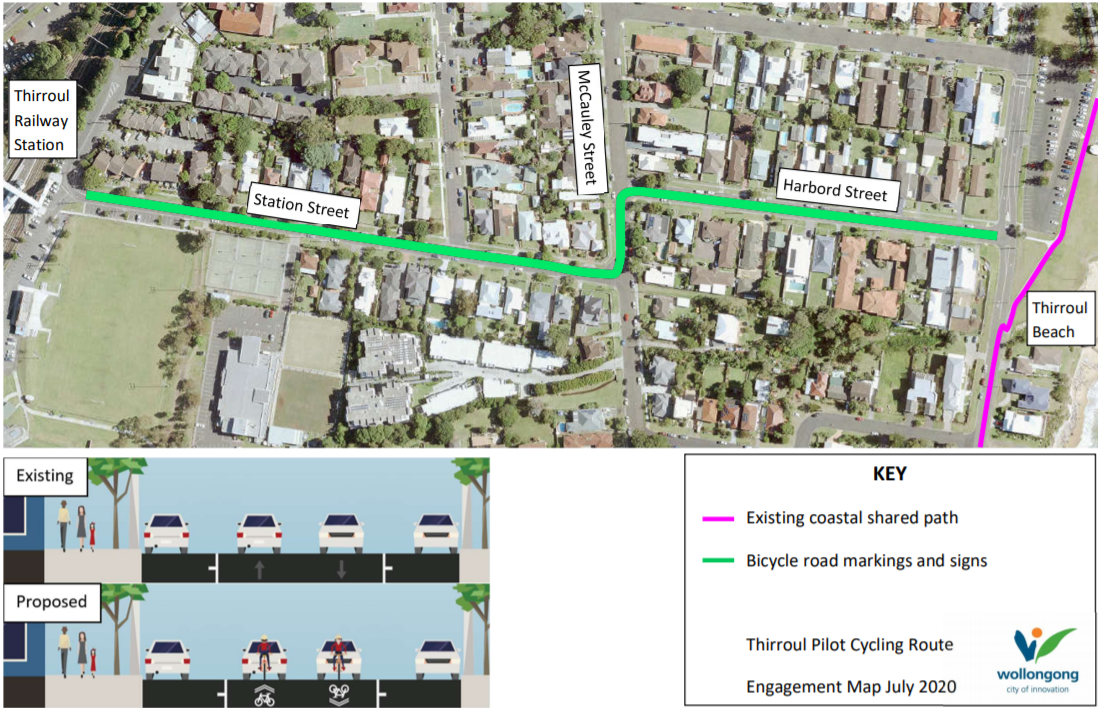 Cycleways - a barrier is placed on the road to create a separate lane for cyclists. 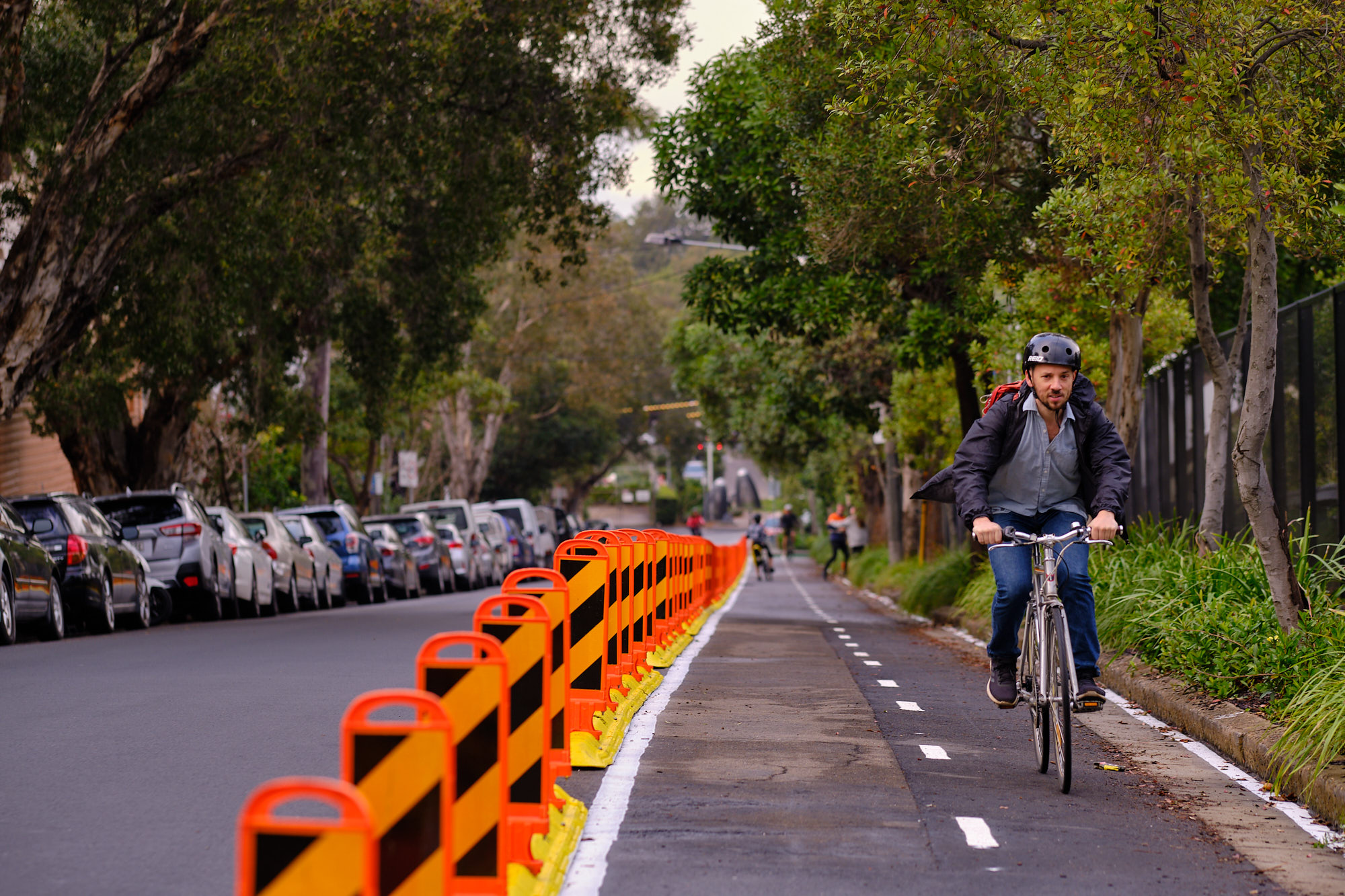 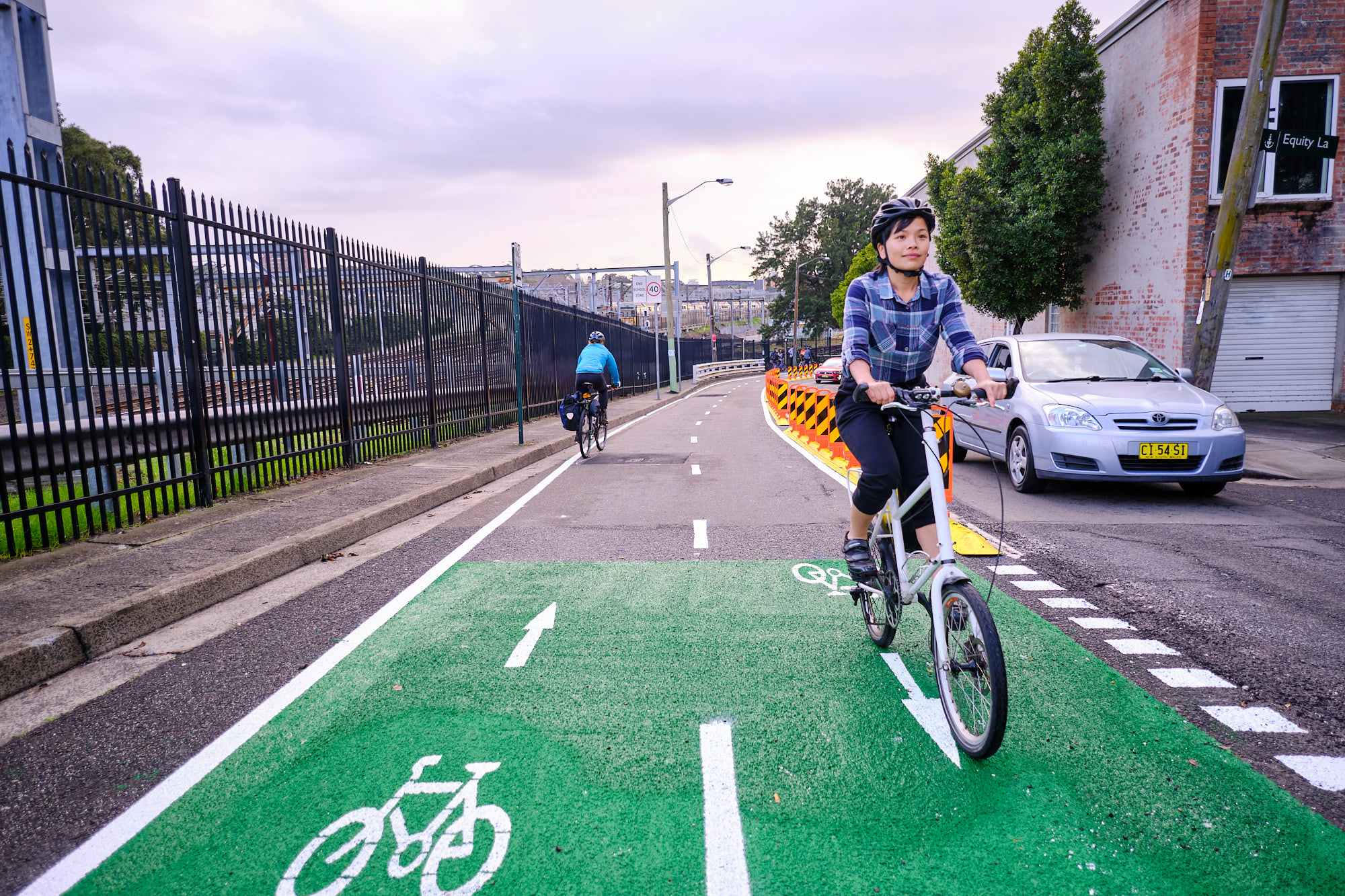 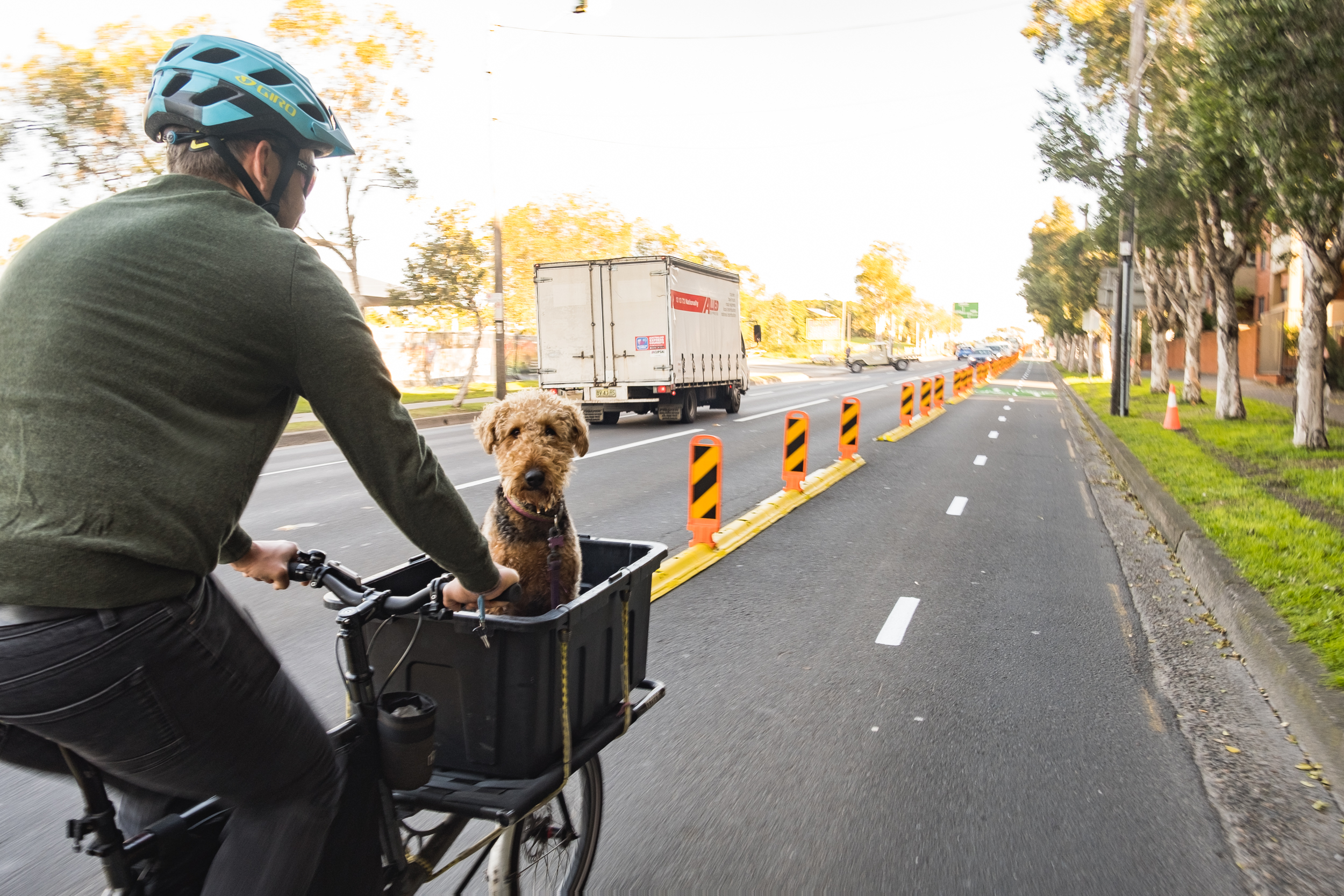 Safer on-road cycling - the installation of road marking, speed cushions and signs will help to slow vehicle speeds to around 30km/hour 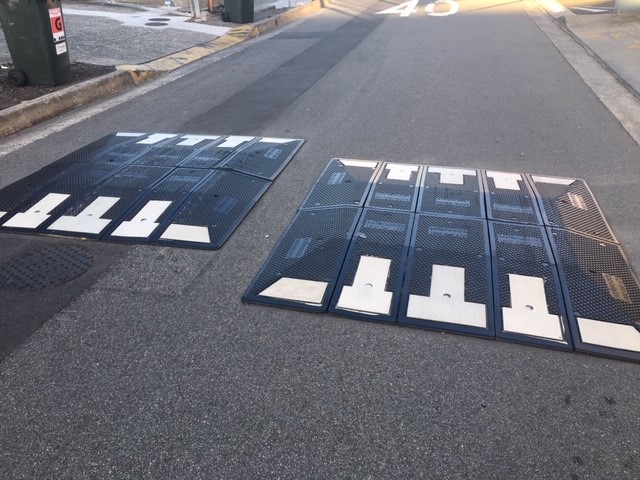 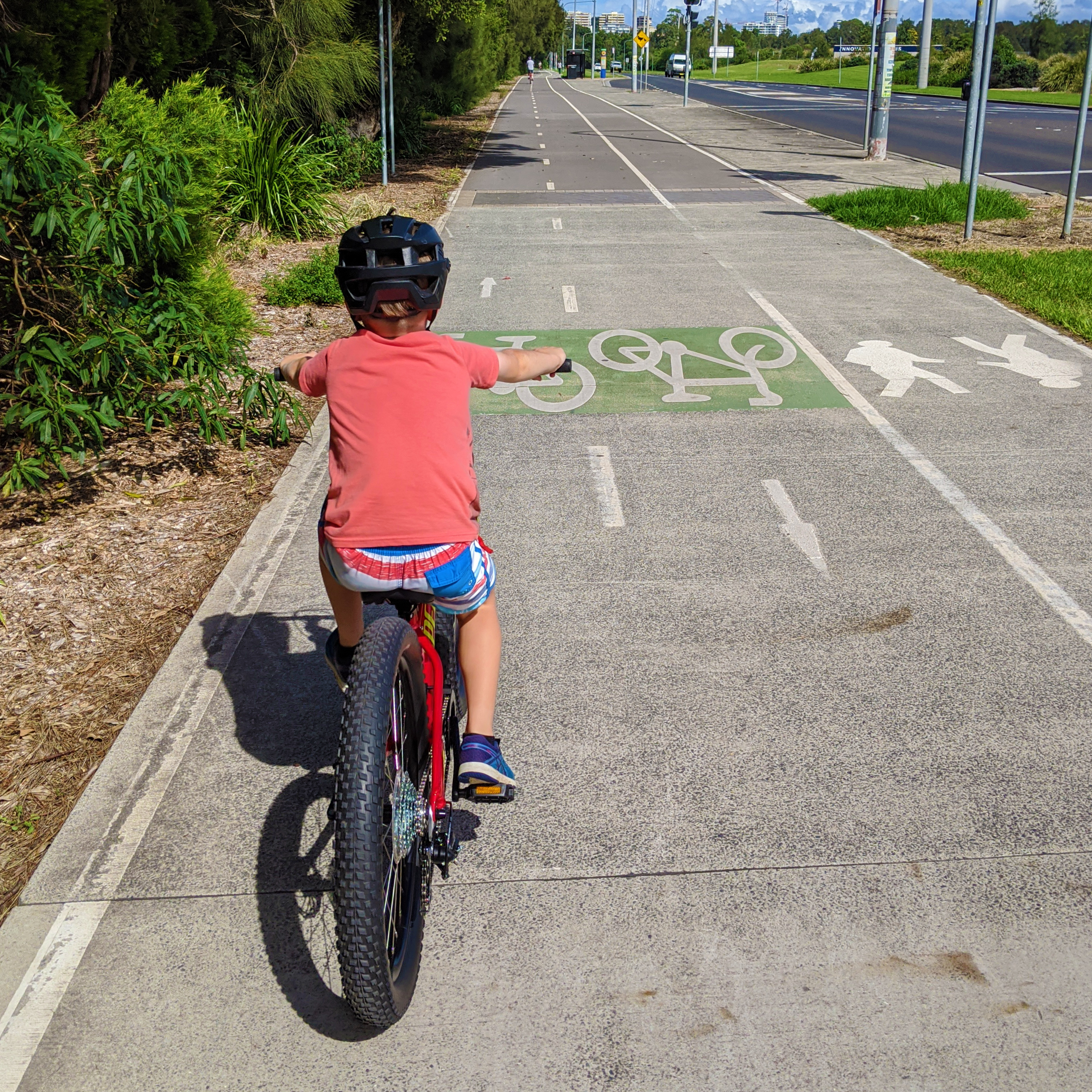 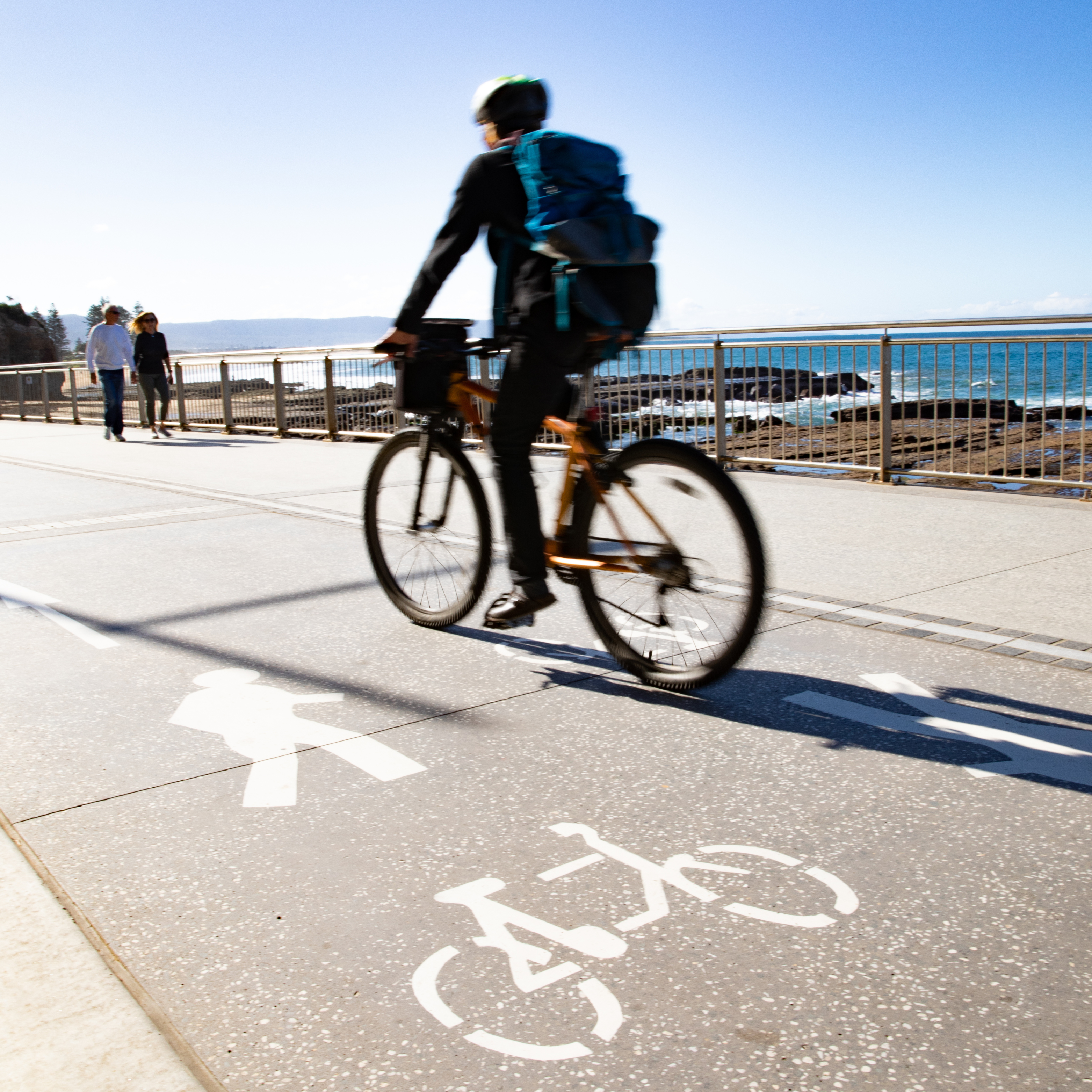 All three different types of cycling facilities are proposed to be installed as part of this project.

What changes will there be to parking and traffic conditions?

In Wollongong City Centre, four sections of on-street parking will be removed and replaced with cycleway. These are:

In Port Kembla, on-street parking will be replaced with cycleway on the south side of Miltary Road between Olympic Boulevard and Church Street.

In Wollongong City Centre, changes include:

In Towradgi, vehicle speed on Murranar Road, Carters Land and Weber Crescent will be lowered to around 30km/hour by installing speed cushions, road markings and signs.

In Thirroul, vehicle speed on Station Street, Harbord Street and a section of McCauley Street will be lowered to around 30km/hour by installing speed cushions, road markings and signs.

As the Free Shuttle Bus will no longer travel along Smith Street, Transport for NSW will make some changes to its route.

Transport for NSW will contact users of the service as part of their consultation process.

Will there be changes to bin collection on Smith Street, Wollongong?

Due to Smith Street becoming one-way eastbound from Flinders Street to Harbour Street and the installation of the cycleway, the collection of bins on the south side of the street will require some planning to ensure the service continues with minimal disturbance to residents.

Wollongong City Council and Remondis are currently determining the best method for bin collection on Smith Street. Any residents likely to be impacted will be informed.

Why is this project considered a pilot?

The 8km of new cycleway links proposed under this project differ from Council’s past approach of investing in cycleways that are mostly off-road. While this off-road cycling infrastructure is effective, it comes at a much greater cost per kilometre and is unable to be installed rapidly across the City.

An evaluation of all routes will occur throughout the pilot until 2022 to see if any changes are required. This will also inform how we can improve and build new ones in the future.

Why is this project happening now?

COVID-19 has meant that more people are cycling to work and for pleasure, so there is more demand. This is expected to increase over summer.

This project has received NSW Government funding from the TfNSW Fast Tracked Roadside Public Spaces Program. The funding conditions require us to build the cycleways in 2020.

Is this project related to the Wollongong Cycling Strategy 2030?

The draft Wollongong Cycling Strategy 2030 outlines our Vision for cycling as well as our five priority areas and actions for making Wollongong a bike'-friendly city. It sits among several transport and strategic documents that guide the future of the City of Wollongong. It aligns with Our Wollongong 2028 Community Strategic Plan, which aims to create a more connected and sustainable future.

How will I be kept up to date?

We'll post an update on this site in mid-September 2020 about the feedback we've received and what's going to be happening.

Those residents on Smith Street that are most directly impacted will also be notified via mail in September 2020.

How can I join the conversation?

Complete the online survey. Phone or email us if you would prefer to complete a paper survey. We’ll post one out to you with a reply-paid envelope.

We want to hear from people who may be affected by these changes with your ideas about how we could reduce those impacts.

You can also share your feedback via email engagement@wollongong.nsw.gov.au or phone (02) 4227 7111.

How will my feedback be used?

At the end of the engagement period all feedback is read and considered by the project team. It will inform the final planning for the project.

Transport for NSW will consider feedback about the proposed Shuttle Bus route changes as part of their planning for this project.