Outcomes of the investigations completed so far

Council completed a Flood Study, Floodplain Risk Management Study and Plan for the combined catchments of Whartons, Collins and Farrahars Creeks, Bellambi Gully and Bellambi Lake in 2011 and 2014. 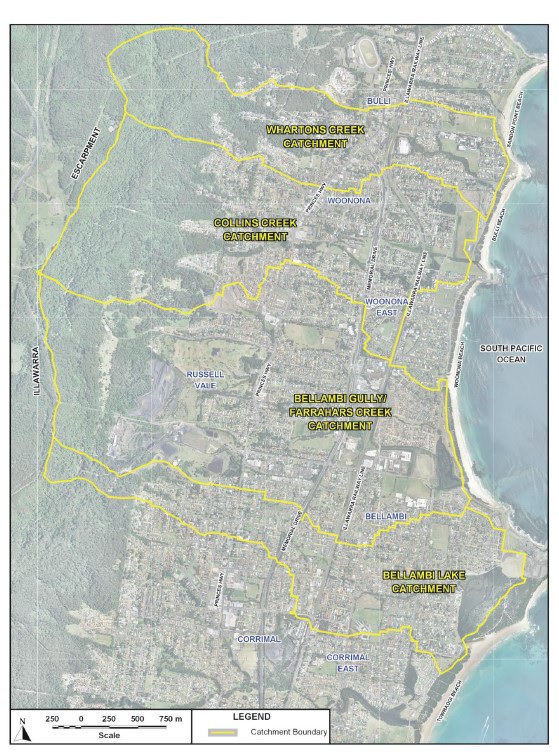 These catchments have experienced significant flooding in recent decades, including in August 1998, March 2014, August 2015 and June 2016. The Flood Study looked at flood behaviour throughout the combined catchments, while the Floodplain Risk Management Study looked at a range of flood mitigation measures to reduce the impact of flooding on the community. One of the flood problem areas is along Whartons Creek, both to the east and west of the railway line. The Floodplain Risk Management Plan recommended the following measures for reducing flood risk as part of the Ursula Road Flood Mitigation Scheme: 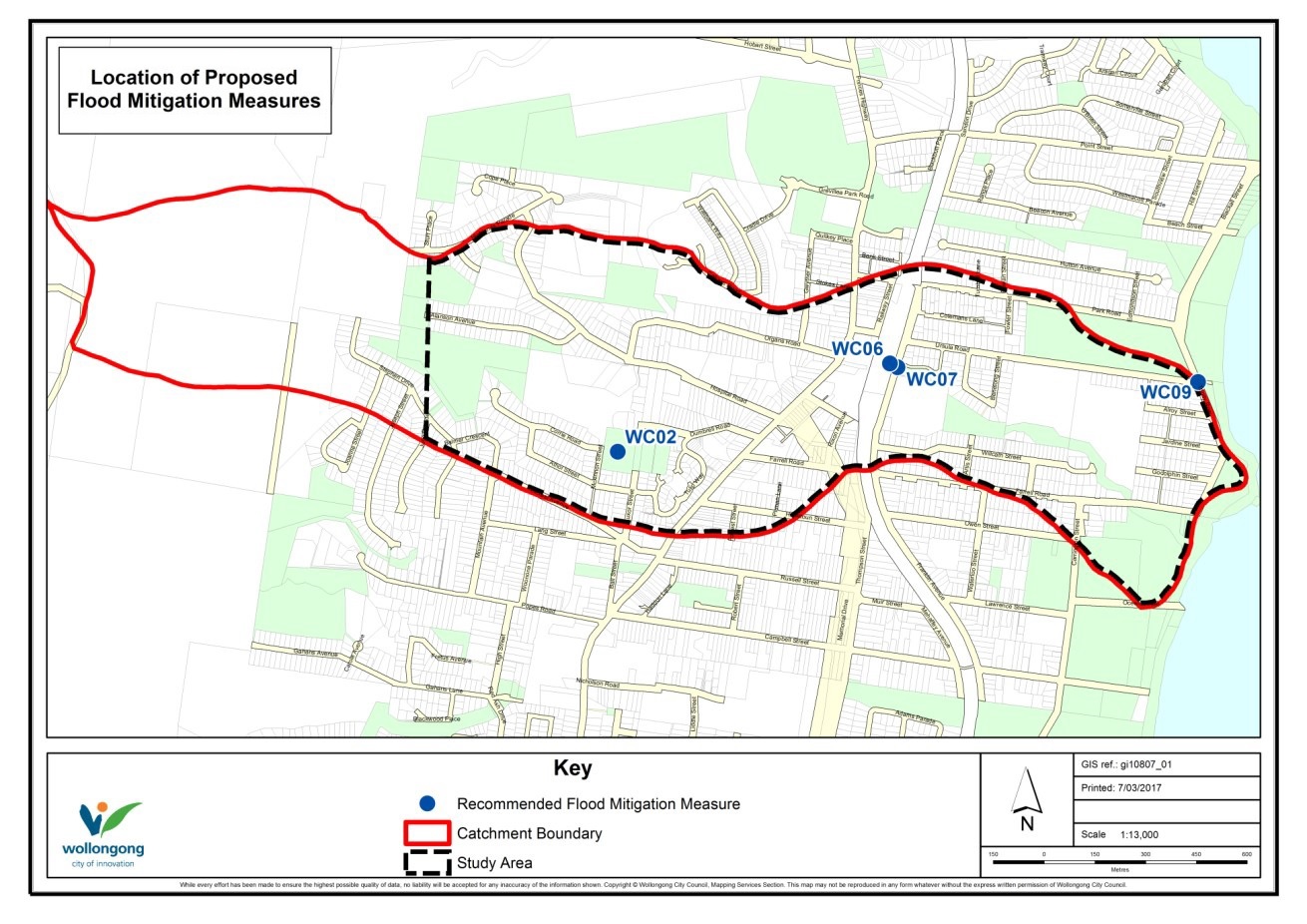 We’ve worked with a flood consultant on detailed investigations and flood modelling of each measure in the Scheme to see which are the most viable options. We’ve considered economic, social and environmental factors and site constraints. The outcomes of the investigation are as follows:

We’re holding an information session to let you know about the investigations that have been done to date, their key outcomes and to get your input. The investigation report and maps will be available to view at this session. Following this, we’ll work out which combination of deflection levee and culvert upgrade performs best and look at potential measures to reduce adverse flood impacts from the viable option(s). We’ll also take a closer look at the social and economic factors, and site constraints. Once this has been completed, we’ll have a better understanding of how effective the levee (WC06) and culvert upgrade (WC07) are at reducing flooding along Ursula Road and Trinity Row and can then look at possible upgrades to the existing stormwater network (WC09).
The full Investigation Report and accompanying attachment (flood maps and diagrams of options) are available to download from the Document Library.
Share on Facebook Share on Twitter Share on Linkedin Email this link