What’s so interesting about Glastonbury Gardens?
But where were the railway and swamp located?
Where did the dam and the railway go to?
Why does the Park look this way?
Who did the mosaic Birdbaths and Bubblers?
How is Council going to manage these gardens?

What’s so interesting about Glastonbury Gardens?

The Park once contained a railway, a hanging swamp and was largely constructed by one man.

But where were the railway and swamp located?

The embankment you see from Lawrence Hargrave Drive was constructed for the railway that linked Asquith Street Mine to Austinmer Jetty that was just below Headlands Hotel. The avenue of Norfolk Island Pines and Palms that run North South across the park and onto Boyce Avenue mark the location of the train tracks. The Toxteth Swamp that was west of the railway, became a dam to supply the steam locomotives with water. 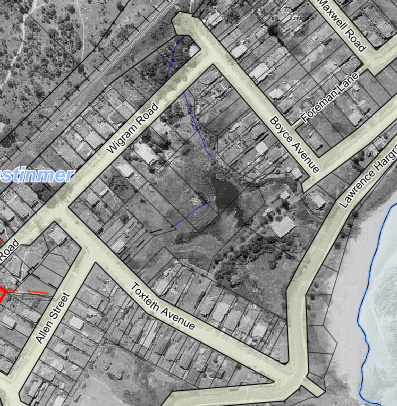 Where did the dam and the railway go to?

The coal mine at the end of Asquith Street shut down in the 1950’s. The rail line was no longer required, and the tracks were either removed or buried. The dam became a swamp once more and the local children swam in it. In the 1960’s the swamp was filled and the watercourse that fed it was moved to the northern edge of the park.

Why does the Park look this way?

In 1965, Council decided to make this a Rest Park and named it after the City Engineer, Reginald Glastonbury. The gardens were to be laid out like a Botanic Gardens with trees and shrubs, grassed areas for picnicking and a children’s playground.

Council Gardener Roxy Mossop is credited as the man who built Glastonbury Gardens. While the sewerage line that runs east of the park was being constructed, Roxy used the rock spoil and excess concrete to build the retaining walls on the eastern side of the Garden. Roxy retired in 1979 and in 1985 a plaque was installed in the sunken garden naming this part of the gardens Roxy’s Glen in commemoration of the marvellous effort Roxy had put in. 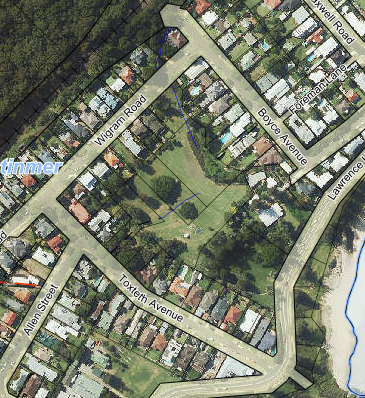 Who did the mosaic Birdbaths and Bubblers?

Roxy is credited with creating the birdbaths and other mosaic items you now see in the park, there are at least 5 to find. He is also credited with Planting an Avenue of Palms and Pines that run along the disused Rail line and installing the walls at Wigram Road and adjacent to Lawrence Hargrave Drive. He also started to plant an Avenue of Palms and Pines that ran from Wigram Road to Lawrence Hargrave Drive. Only remnants of this avenue remain.

How is Council going to manage these gardens?

We are looking at reinstating some of Roxy’s original plantings such as the areas in front of the retaining wall in the Glen will have garden beds installed and the avenue of Palms and Pines that ran from Wigram Road to Lawrence Hargrave Drive will be replanted. Council intends to replant the entrance garden at Wigram road with a variety of perennials. In the future we are looking at upgrading the entrance ways at Toxteth Avenue with new fencing and planting under the existing trees. Council is also considering installing signage that will explain some of the history of the site and repairing the mosaic birdbaths and fountains. The new playground equipment is due to be installed before the end of June.